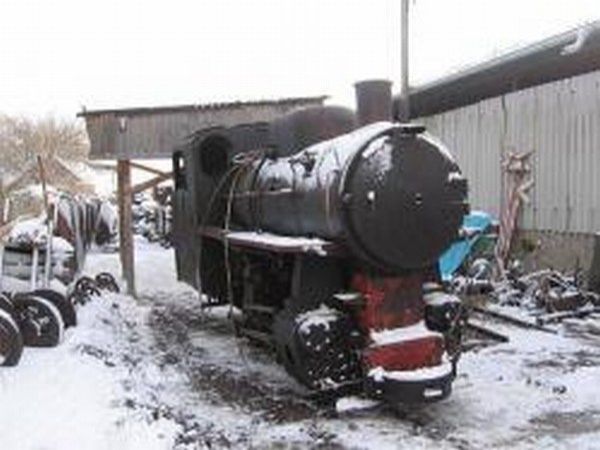 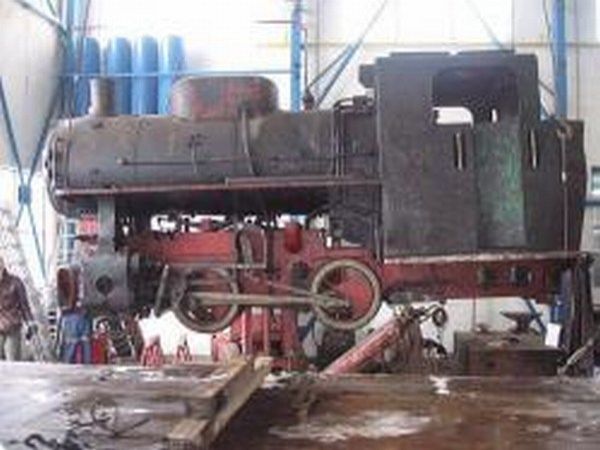 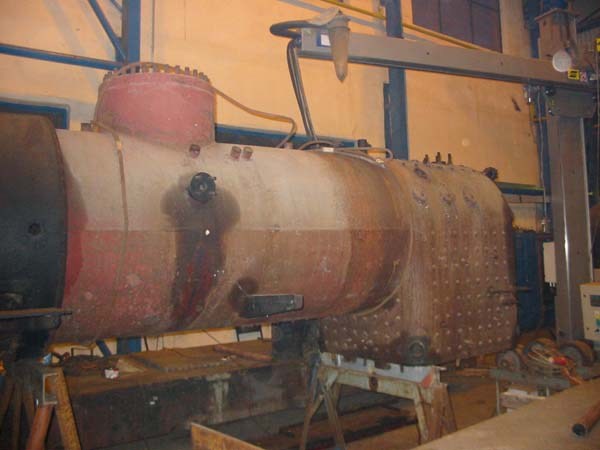 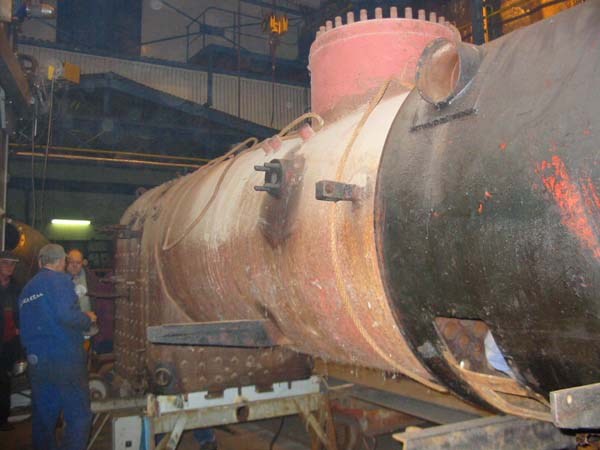 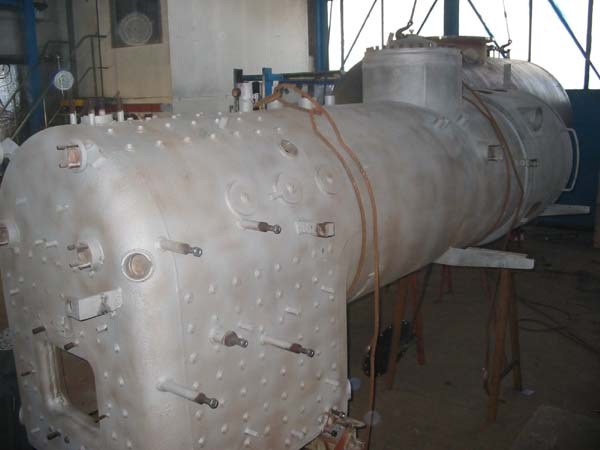 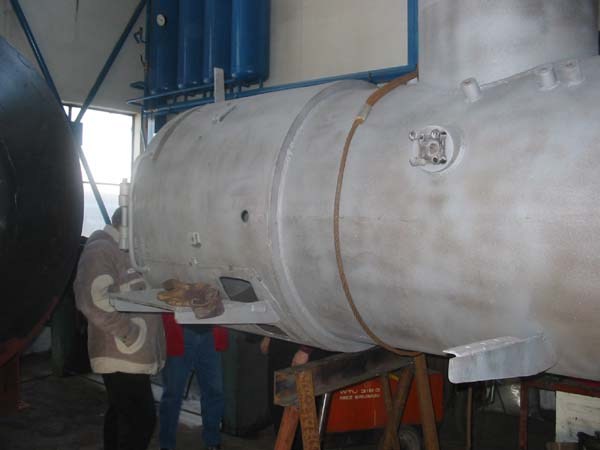 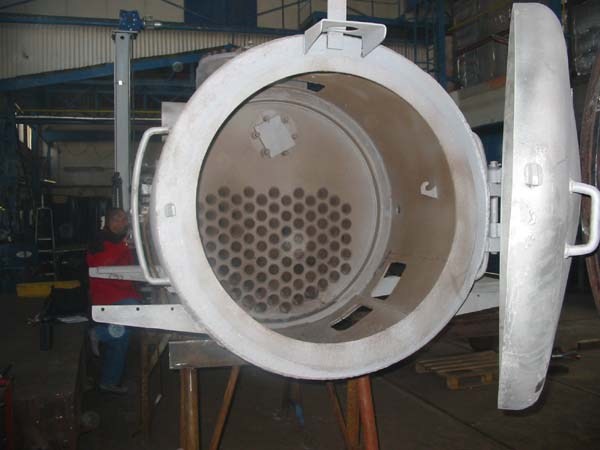 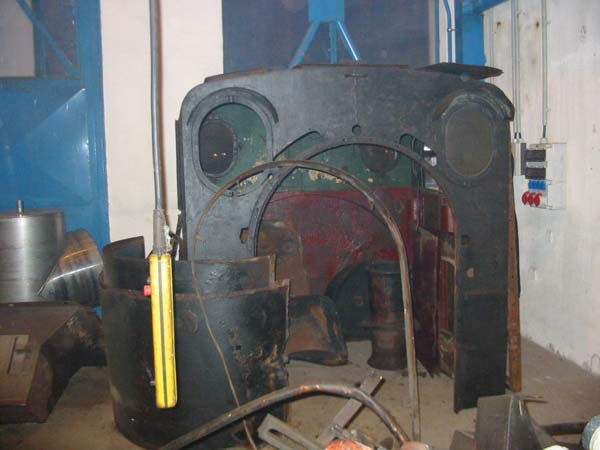 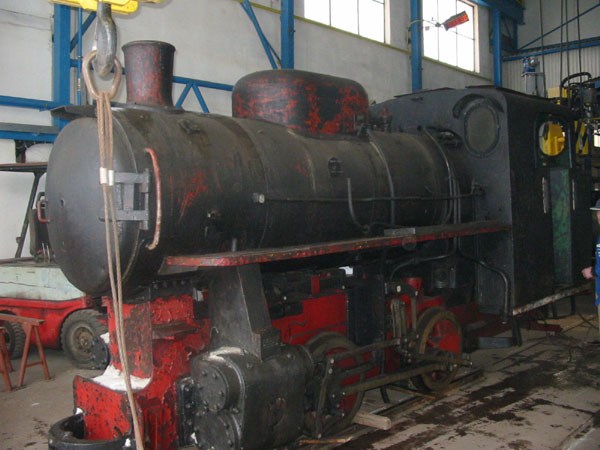 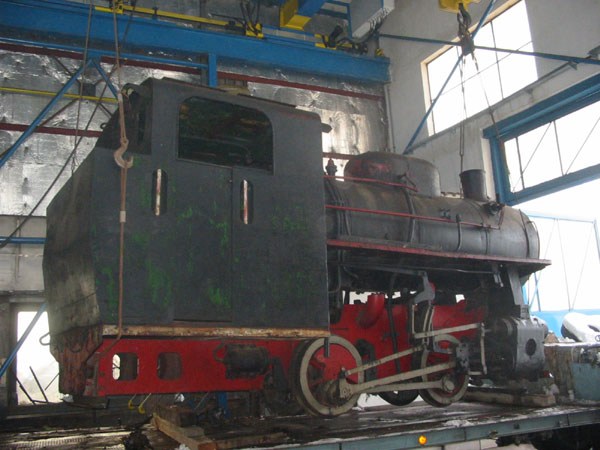 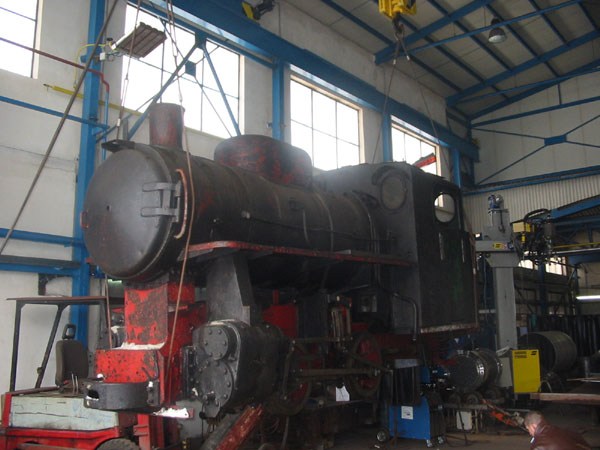 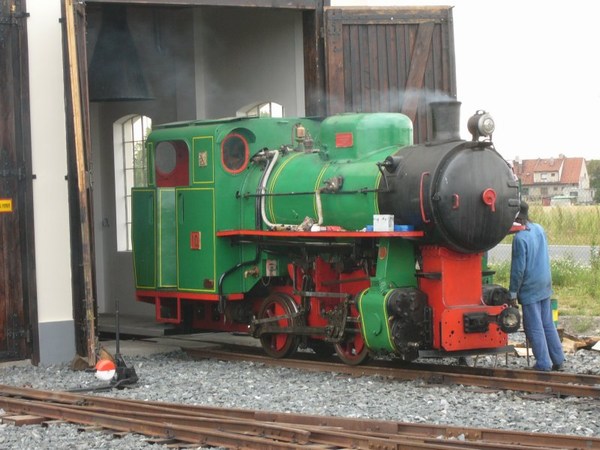 We ensured the production of special machinery in 2004 – abátor! This machinery is intented for burning of poison gases, which are using for archival documents conservation. The archival documents are charging with these gases in the special chambers, gases surplus are sacking and have to be neutralized.

The air sucks in the abátor, which is necessary to heat for the prescribed temperature. After that the poison gas injects into heated air and because of elevated temperature of air will come about spontaneous combustion and subsequent burn-our gases. Detrimental components are recorded on the special catalyzer.

While the start of machinery the air has to heat onto prescribed temperature – for this operation are installed electric heating spirales. After achieving of prescribed temperature will come about to spontaneous combustion of mixtures and because of this the suction air to heat up by leaving products of combistion in the exchanger air/air. After start this cycle is electric heating finished and machinery works independently. Ending of operation will carry out by closing of gas inlet. 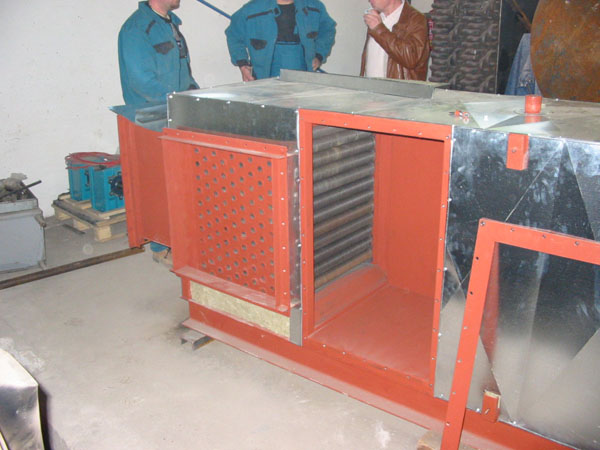 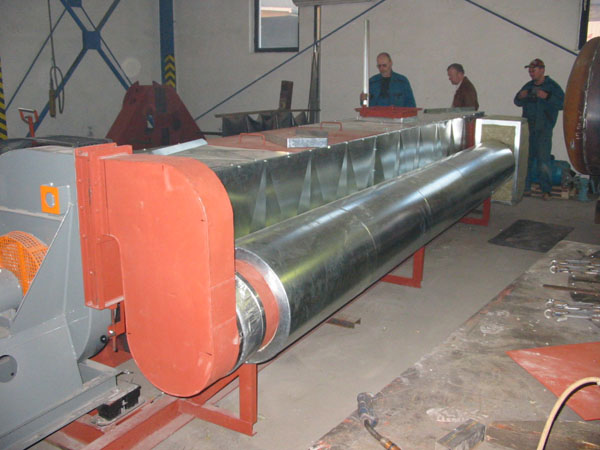 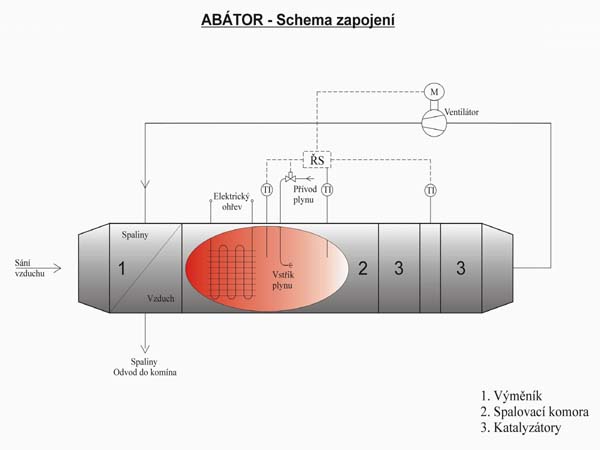 AERATION TOWER FOR THE ACID DECARBONIZATION

An aeration tower serves to a separation CO from feed-water after an adjustment acid decarbonization. 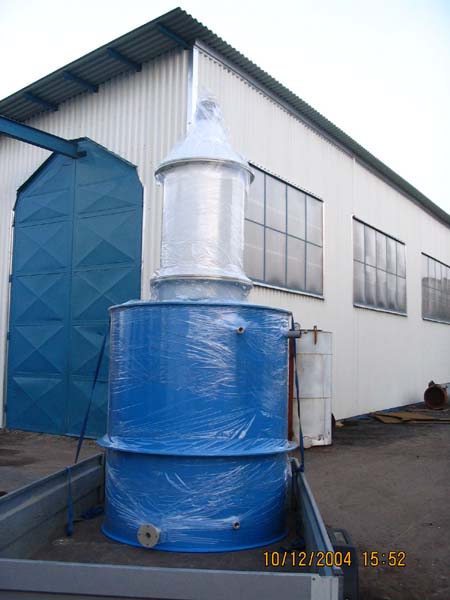 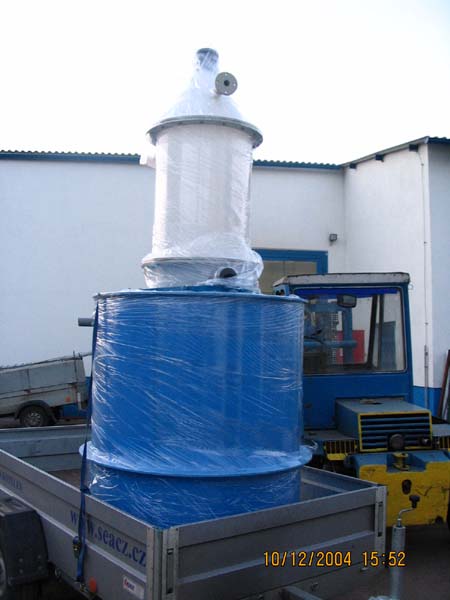 We manufacture circular, rectangular and square flaps of modular sizes with hand-actuated regulation, for access point electro or airy drive. 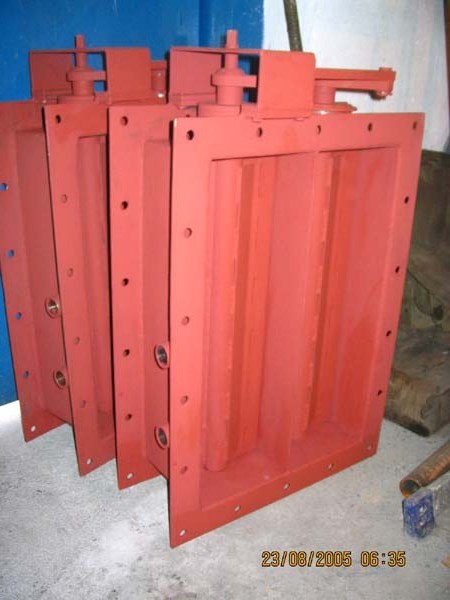 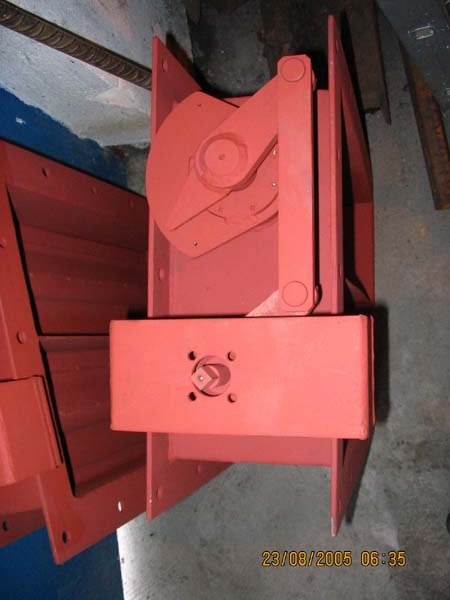 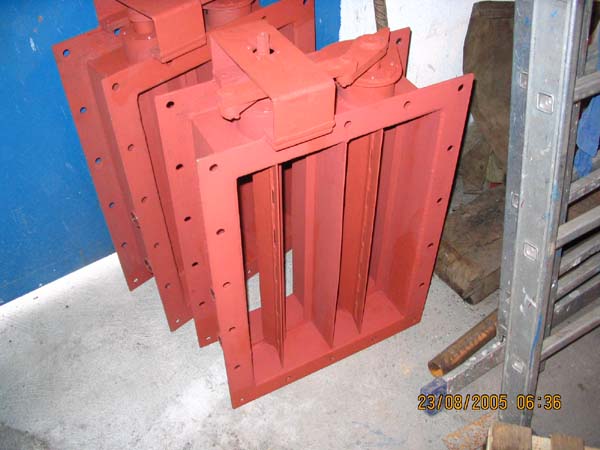 STEAM BOILER FOR THE STEAM-CAR

The productin of vertical steam boiler for the replication steam-car BAFFREY from 1886. 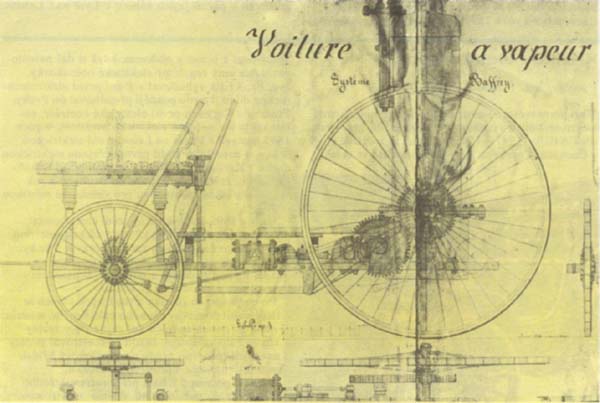 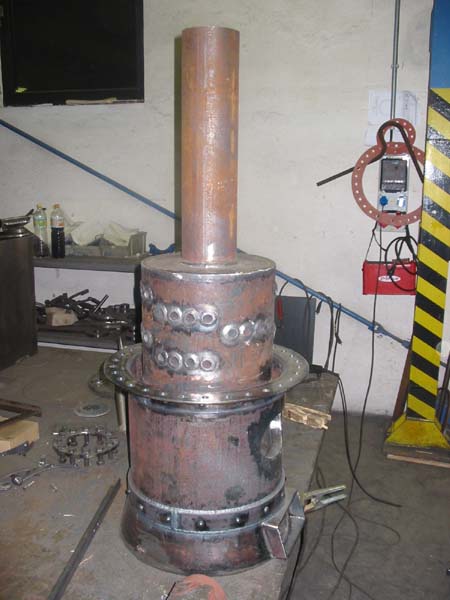 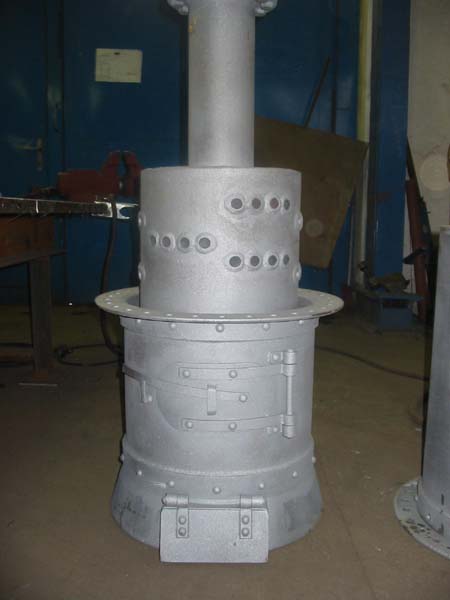 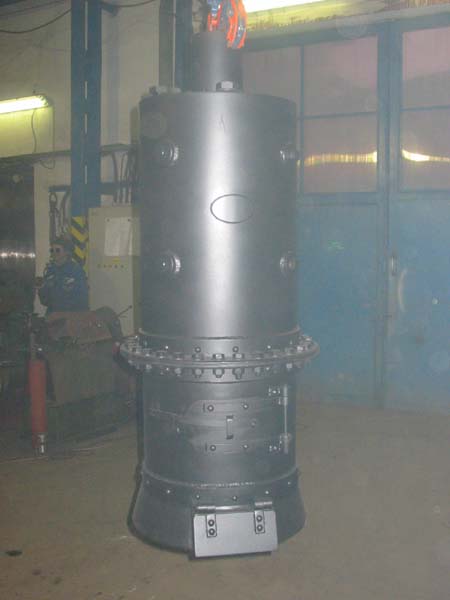 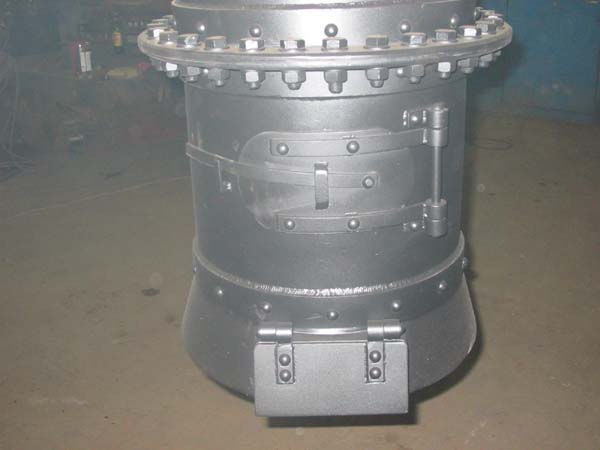 The soldering automatic machine was produced for the firm conservants of solar panels production.

The blowpipe is part of technological entity – the soldering automatic machine for the current soldering process as many as 8 connects. Our delivery are pair burners vide a photo from operation test.A fuel is PB+oxygen.

At first a burner adjusts in the service regime for optimal temperature of blaze and switchs to the automatic machine. After this preparation is possible each pair of burners to set on fire automatically, presence of blaze is indicated by photocell and in the case of fault is cut off and shut off gas and also oxygen. Control and also indication is local or remote. The part of delivery is own pair burner, the burner automatics with the special software, stop and safery piping. 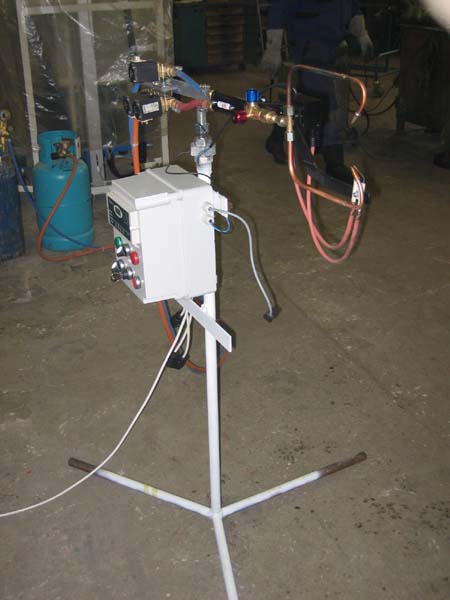 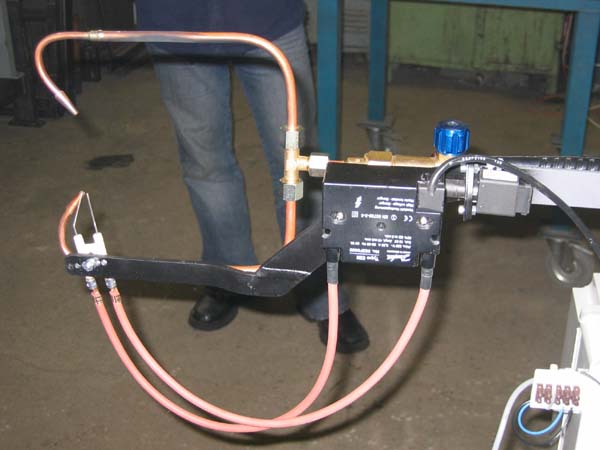 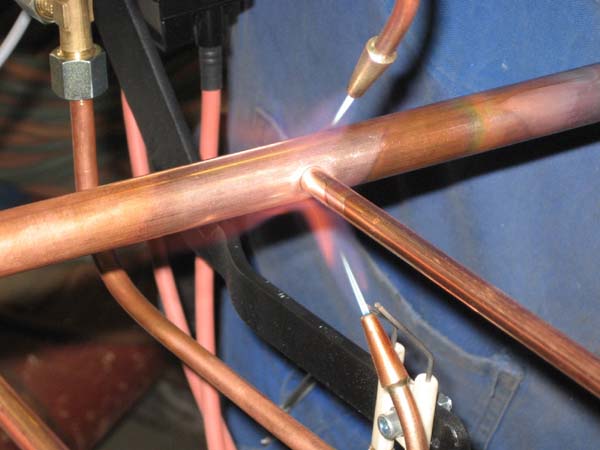 The burner for burning roof was produced for the firm conservants of automobile sealing production.

The burner is used as a part of technological entity – lines for automobile sealing production. The armour goes through the set on fire blaze, in the blaze is by the temperature clear of dirt and preservatives.

The inside control of automatics will perform in the autonatic régime after switching on the min switch, a flame automaticlly lights up and is indicated together with a breakdown function. A contingent breakdown is signaled. A controling and signalling is local or remote. 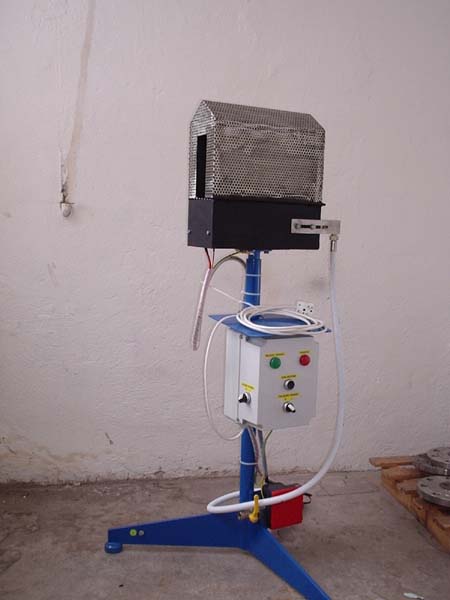 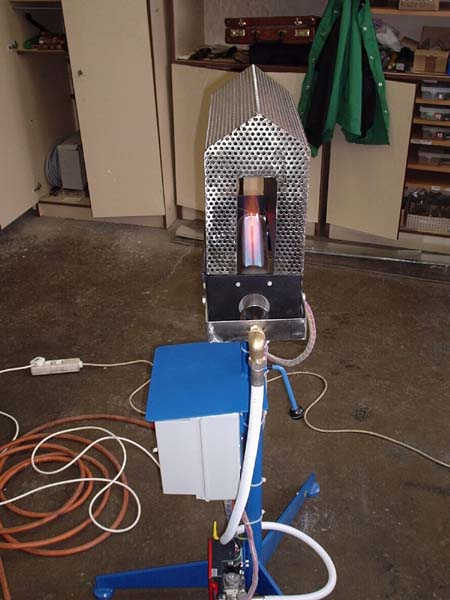